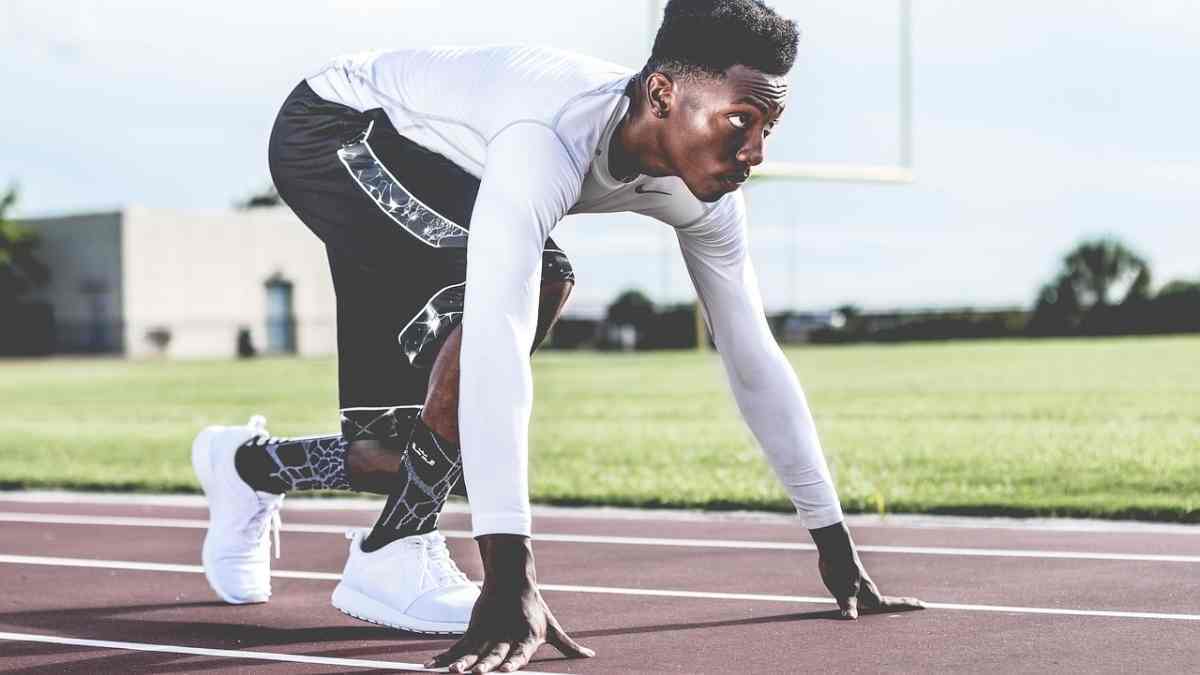 Athletes who play specific sports tend to spend a lot of time focusing on physical skills. Baseball players will work diligently on figuring out how to hold the bat, set their feet, and optimize their swings, for instance.

Developing basketball players will regularly take anywhere from 300 to 1,000 shots every day in an effort to perfect footwork and shooting form. And there’s virtually no end to the tennis lessons it takes for players to fine-tune their serves and widen their arsenal of ground strokes.

These are the pursuits that so often separate accomplished and driven athletes from the rest, and they’re essential for anyone hoping to excel in a given role.

At the same time though, we often hear about the very best athletes as people who are able to excel mentally. At the highest levels of sport that is, there tends to be something just a bit beyond the physical that gives certain people an edge.

When you begin to think about it, there are actually quite a few examples that come to mind.

Tom Brady was famously overlooked and doubted as a physical quarterback prospect, but showed the mental fortitude even in his early 20s to learn the game, outwit competition, and ultimately become one of the most successful NFL players in history.

Derek Jeter was a far more heralded prospect in his youth, but still lacked the raw talent of other standout players of his era — including eventual teammate Alex Rodriguez, who on paper was the better shortstop for much of their intertwined careers.

Yet it’s Jeter who demonstrated an uncanny ability to consistently come through in big moments — and it’s Jeter who is the face of five world champion teams.

Other all-time greats in their sports also stand out for mental strength as much as physical ability. Roger Federer, for instance, has achieved unparalleled success in tennis, and has continued to win tournaments long past the age at which most professional players retire.

Federer is unquestionably a gifted and talented player in a physical sense, but tennis is inherently a mentally grueling sport. To reach Federer’s heights requires a well-honed competitive mind as much as a precise serve.

And then of course there’s Michael Jordan — arguably the most renowned athlete in history, and a man who was famous for uncompromising mental strength. Jordan beat his opponents with his basketball intelligence and general psychological fortitude as much as with his skill on the court.

The list could go on, but you get the idea. It is not merely physical skill or developed talent, but the combination of these things with unusual mental strength that makes a great and successful athlete.

But how is it that you can work on this sort of thing? What is the equivalent of a round of basketball jump shots or a good tennis lesson for exercising a strong sports mind?

As you might suspect, there isn’t really a correct answer to this question. But there are absolutely some good options, many of which have been credited at various times with sharpening successful athletes’ mental edges.

It wasn’t all that long ago that many athletes would have cast the idea of meditation aside, if not frowned upon it outright. It was viewed by many as a sort of pseudo-exercise, practiced by the less athletic and with no real benefit in sport.

Over time though, this perception has changed drastically, with both yoga and meditation entering the world of mainstream sports in a major way.

Today, there are entire teams across all levels of sport that practice yoga together as part of training, and a number of leading athletes — from tennis star Bianca Andreescu to NBA icon LeBron James — openly espouse the benefits of regular meditation. (Interestingly enough, Michael Jordan and Derek Jeter are said to have been ahead of the curve on this trend as well.)

There are a lot of benefits of meditation for these athletes, including increased focus, a better ability to deal with fear or anxiety, greater resilience, and even general stress reduction. And for the most part, all of these benefits can be said to amount to improved mental strength and fortitude.

Regular meditation teaches busy, competitive athletes to calm their minds, assess their surroundings rationally, and act in direct, intentional ways. All of this can give even a talented athlete a fresh edge in a difficult situation.

Golf is another side activity a lot of successful athletes enjoy (aside from those athletes who count golf as a primary sport, that is). Numerous professional football players, tennis champion Rafael Nadal, and the NBA’s Stephen Curry are just a few examples that come to mind.

And some of these figures — Nadal and Curry in particular — are believed to be good enough to have potentially had professional careers!

Much of the overlap between general sports stars and golf can be chalked up to competitive drive and athletic touch. Athletes want to compete even when not engaging in their main sports, that is, and golf is a good way to do it without risking injury.

Additionally, most professional athletes have a degree of touch or coordination that helps them to excel at golf more quickly or completely than the average person might. There is without a doubt a mental component as well though.

Any regular golfer will tell you that it is largely a mind game, and one that requires discipline, focus, and an ability to block out emotion and distraction. Golf teaches these skills, and they are absolutely transferrable to other sports.

Thus, even without necessarily setting out to do so, it’s fair to suggest that plenty of athletes work on their mental edge by way of a golf hobby.

Sticking with competitive side hobbies, poker is another one shared by a lot of prominent athletes. Active stars in their sports such as Nadal and footballer Cristiano Ronaldo are known to be strong players who occasionally take part in public and/or high-stakes games.

And going back a few years, Michael Jordan (yes, Jordan again!) was somewhat legendary for his poker hobby. Charles Barkley, in fact — a contemporary of Jordan’s and a Hall-of-Famer in his own right — has said before that there were nightly poker games while the two were together on the United States national team.

In some respects, poker can actually help an athlete in much the same way golf can. It requires tremendous focus and care, the ability to block out distractions, and — in a different sort of way — the ability to read one’s surroundings.

Beyond these factors though, winning at poker also involves a sort of psychological fortitude that benefits a lot of athletes tremendously.

Successful poker players actually have to learn to accept defeat, as well as to avoid getting too excited over victory. In any sport, these are essential lessons.

Tennis players need to move on from poor games; baseball players have to approach an at-bat with fresh confidence after a recent strikeout; a basketball player has to be able to make a shot after missing five in a row.

Likewise, none of those athletes can take success for granted and approach the next play lazily. Poker arguably teaches this ability to move on more efficiently than any sport does on its own.

Aside from side hobbies and other ways of competing, some athletes also take a more direct or intentional approach to developing mental strength for sport. In fact, some will directly study psychology or sports psychology while coming up through the college ranks.

The most common majors for NCAA athletes in the U.S. tend to be sociology, communications, and in some cases subjects relating to business administration.

In recent years however, major university sports programs have seen psychology creeping into the mix as well. Of course, most NCAA athletes are ultimately studying for career foundations, and will enter ordinary jobs following graduation.

Psychology can help with entry into a number of different fields. At the same time though, it’s not a pure coincidence that this field of study is becoming popular specifically among athletes.

Learning about human psychology and behavior gives an athlete the scientific knowledge that can be necessary to develop a mental edge over an opponent. Undoubtedly there are successful college and professional athletes who benefit from having explored the field.

Perhaps the most recent trend in athletes’ attempts to become stronger mentally is engaging with therapy. Not unlike meditation, this would once have been discarded or frowned upon by many (if not most) serious athletes.

Of late though, we’ve seen the idea of being thoroughly normalized, in part thanks to some prominent athletes who have pioneered talking about therapy.

NBA champion Kevin Love is often credited with sparking a revolution of sorts in this space, and others have joined in. Olympic legend Michael Phelps, ex-UFC fighter Ronda Rousey, and many others at this point have spoken and/or written publicly about how therapy has improved their mental health.

Typically, these conversations are more about wellness than any sort of mental fortitude in the field of play. All of the specific athletes just mentioned faced real internal struggles and turned to therapy to heal themselves.

Nevertheless, it’s certainly fair to suggest that the budding trend of therapy among athletes isn’t hurting them in their sports either.

Mental wellness and emotional balance will often enable an athlete to train and perform more effectively, such that it’s not a stretch to say an athlete undergoing therapy can gain a mental edge.

Almost without exception, the best athletes at every level combine talent, athleticism, and hard work with the mental strength they need to best the competition. The mental side of things is often thought of as a sort of innate quality, and in some cases, to some extent, it is.

There’s no teaching the calm of Derek Jeter or Michael Jordan under pressure. Athletes’ own hobbies and practices, however, speak to how they can develop and hone aspects of their mental strength as well.

Adopting similar practices may just help you to become a better mental athlete in your own sport a well.