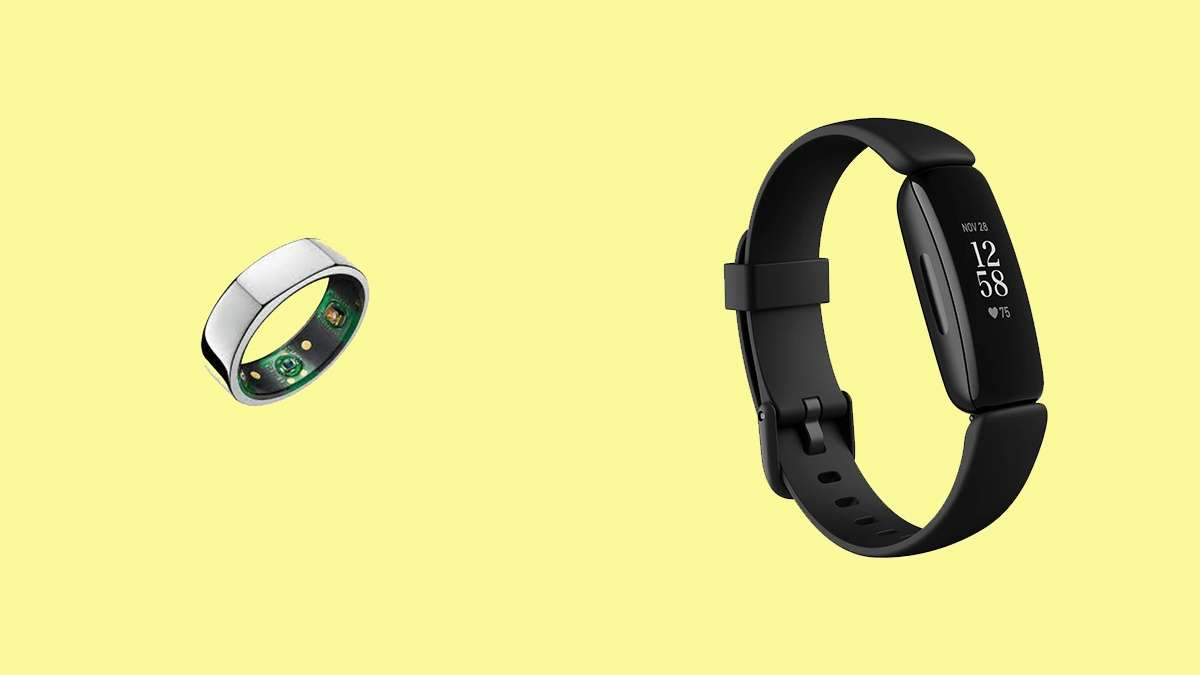 It is rightly said that ‘health is wealth. Keeping track of that wealth should be the most important thing in a person’s life. Health deteriorates if not tracked like the way wealth decreases if not checked.

There are many ways to keep track of one’s health. People use a variety of devices to supervise their fitness. Among the various devices. Oura Ring and Fitbit are two famous ones. These two wearables are trending and convenient to use.

Though both the wearables are trending, there are some discrepancies between them. To choose the right one for you, you need to take a concentrated look at this article dealing with the comparison of Oura Ring vs Fitbit.

In this comparison, we are going to show you the similarities and dissimilarities of both the wearables to make it easy for you to choose one of them. So let’s get started without delay.

In this comparison, we are going to show you the similarities and dissimilarities of both the wearables to make it easy for you to choose one of them. So let’s get started without delay.

The company, Oura Health Ltd. founded in 2013 is the manufacturer of oura ring.  Unlike fitbit that is worn like a watch, oura ring is in a ring form. It is considered to be one of the best sleep and other activities trackers. As it is a ring, it does not feature a screen. So you need a smartphone to watch your stats detected by this ring.

There are some defining features of oura ring that you should know beforehand. These features are as follows:

These are the prominent features of the oura ring. People love to use oura products for their effective features. Yet, Fitbit is not something  that lags behind. It has many eye-catching features also. We are going to talk about those features in the following section.

Fitbit is generally meant for the wrist while oura ring is for fingers. It is a kind of wrist-watch that is famous for its wonderful features. It is worn on the wrist like a watch. It tracks steps, activities, covered distance, and calories. It can track your heart rate in a deeper dimension  while sleeping. It features a screen on which you can easily check your stats.

The key features of fitbit are given in the following:

The above words contain the distinctive features of fitbit. Before buying one of the two above mentioned health tracker devices, you must know the difference between the two. There are a few dissimilarities between Oura ring and Fitbit.

But when it  comes to choosing the best one, you cannot afford to ignore minor details also. So let’s delve deeper into Oura Ring vs Fitbit comparison and contrast to decide which one to buy.

5 Factors of Comparison Between Oura Ring and Fitbit

We are now going to look into 4 prominent factors of both oura ring and fitbit. Keep the following discrepancies in mind before moving on to own any of the two wearable trackers. Going through this section will surely make you able to decide which one of the two is suitable for you. So let’s dive in.

It is important to know what types of material are oura ring and fitbit and where they fit. There is a difference between the two health trackers in their appearances.

There are some dissimilarities between oura ring and fitbit according to their function. Both of them have almost similar kinds of features in terms of tracking fitness. Still, subtle distinguishable variations are there between these two trackers in respect of what they are capable of measuring.

There is hardly any difference between the Oura ring and Fitbit when it comes to sleep monitoring. Both the devices do the task of sleep monitoring so marvelously that it becomes difficult to choose one of them according to their performance in this respect.

So, you need to focus on the convenience of wearing these trackers instead of their sleep monitoring capacity if you are to distinguish between the two.

By now, you might be wondering about the battery life and the price of the above mentioned trackers. As for the price, it depends on many things: complexion, quality, guarantee, usefulness etc.

Battery life is also an important consideration while buying a product for long term use. Next two sections are going to deal with the battery life and price of both the Oura ring and Fitbit to help you choose the right one.

You cannot afford to ignore inspecting  the battery life of the above-mentioned trackers because you are going to buy them for a long term use. You will never welcome any drawback in the battery of your Oura ring or Fitbit. So, look into the battery performance before deciding to buy any of them.

We have already discussed five distinguishing factors of both Oura Ring and Fitbit. Keep these factors under consideration while contemplating buying one and leave the other.

To make this comparison easier for you to understand, we are going to summarize what we have discussed so far. If you are in a hurry, just take a look at the following section.

Summary of the Comparison:

If you feel love to wear a watch on your wrist, you are recommended to buy fitbit wristbands. It features a screen that shows you the stats detected by different sensors in the device.

On the other hand, it is advisable that you buy oura ring if you want to wear something light and catchy at the same time.

Both Oura ring and Fitbit have got reputations  for accurate sleep monitoring. But, when it comes to preference, we are giving a bit more emphasis on Oura rings.

Oura ring observes the metrics from your previous day’s activities and shows you a readiness score according to those observations, every morning.

On the contrary, Fitbit does not feature a direct readiness score. Yet, you can calculate your readiness score with the help of sleep monitoring, heart rate etc.

Fitbit trackers feature wrist-watches with GPS technology. But, there is no GPS tracking system in Oura rings. You will have to manage a separate device in case of Oura rings to track steps.

When it comes to showing heart rate variability, you must have only one choice and it is nothing but Oura rings.

Which one to choose, Oura ring vs Fitbit Ionic

Now that you have read all the considerable  factors, you have got an idea about giving one of the two trackers preference over the other. Which one you will choose depends on the benefits you want to get from that. Let’s dive deeper into this.

When you should go for Oura ring

You should go for Oura rings if you want to get accurate sleep monitoring, clear heart rate variability, and a readiness score every morning.

When you should go for Fitbit Ionic

Go for Fitbit trackers if you are an athlete because they track steps, workouts brilliantly – better than Oura rings.

You are recommended to buy either oura ring or fitbit according to your need. Keeping the considerations stated above in mind, go for any one of them.

If I were asked to choose one between the two trackers, I would choose both of the trackers . It is because both of them feature fantastic sensors which help to keep our health under inspection.

And if I had no choice but to choose one of them, I would go for Fitbit Ionic. The reason for that is I love to put a watch on my wrist. Along with that, fitbit ionic features GPS technology and it is comfortable to athletes like me.

On the other hand, Oura ring is famous mostly for sleep monitoring and heart rate tracking. So, if you like to wear rings, you can buy oura ring.

Is Oura Ring better than fitbit?

If we compare oura ring to fitbit, it is difficult to say which one is better. Both the trackers are of top notch quality. Though they are almost similar in quality, there are some subtle considerations that make us prefer one to the other.
A subtle difference lies between the two devices when it comes to battery performance. Due to having a screen, Fitbit trackers consume more battery power than those of Oura ring. The Fitbit battery drains more quickly. There are some issues with the accuracy of stats detected by fitbit. On top of that, oura ring is well-known for its body temperature tracking feature while fitbit is not.

Is the Oura Ring worth it?

Absolutely, the oura ring is worth wearing on your fingers. This wonderful gadget full of unique features helps you improve your health to a great extent. As it is a ring, you will feel comfortable wearing it all day long.
Oura ring comes with a futuristic design. It also has a remarkable battery backup. Its report on heart rate (HR) tracking is 100 percent accurate. There are many such features which assert the fact that the Oura ring is worth every penny.

Is the Oura Ring better than the Apple watch?

If your goal is to get utmost information about sleep monitoring and readiness score every morning, Oura ring is better than Apple watch.

Which finger is the best for oura ring?

You can wear oura ring on any of your fingers regardless of your hands . The finger must be chosen according to your convenience. You should wear this gadget on the finger that you feel comfortable with.
Middle finger or the right ring finger is my preference. If you feel comfortable, you can wear oura ring on your ring finger.

A familiar medical condition, sleep apnea generally occurs during sleep. It refers to a situation in your sleep when your breathing ceases ephemerally.
Oura ring does not diagnose sleep apnea directly but it shows some signs according to its sleep monitoring that help you detect sleep apnea.
We are drawing near to the end of this article. Hope you will be benefitted by all the information stated above. Our only aim is to remove your indecision and make you confident to choose a better health tracker.

Bowflex Xtreme 2 SE vs Xtreme 2- Which is for what? 5 Facts To Compare

How To Choose The Best Commuter Bike Shoes